The Big Ask campaign for a Danish climate law

More than one hundred activists have collected

more than 10.000 signed postcards each

addressed to one MP with a request to

work for a climate law with at least 6% annual

in six different cities throughout the country with the participation of Members of Parliament, Members of local governments, academic experts and representatives of different stakeholder organisations.

Klima SOS has been led by the Energy and Climate Group of NOAH Friends of the Earth Denmark and has had active participation of the NGO's The Danish Climate Movement, SustainableEnergy and it has been supported also by The Living Sea and Jutlanders Against Superfluous Motorways.

The climate law in the Government Platform

The Social Democrats, The Socialist People's Parti (SF) and The Social Liberal Party included in the platform for their coalition government that their climate targets would be inscribed in a Danish Climate Law – inspired by the British and the Scottish Climate Laws.

The climate law is scheduled to be put forward in the second half of 2013. 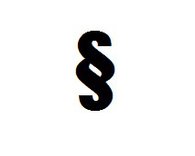 It is essential that a climate law has adequate reduction targets and that it operates with an overall 'budget' for the emissions of greenhouse gases from now till 2050.

That overall budget must be partitioned in shorter preferably 3-years budgets.

It must include outlines for programmes for all major areas that influence the climate - or are influenced by the climate and for all sectors.

NOAH Energy and Climate has produced a draft for such a law. More.

The climate law must be a framework for the concrete tools (targets, programmes, action plans, an independent climate commission etc.)

that are necessary to bring the wanted annual reductions about.

The figure above illustrates the difference between two budgets namely the size of the two coloured areas.

And it illustrates thereby two different pathways with the same starting point (this year) and the same target for 2050.

The one to the left will result in much larger emissions to the atmosphere which must be avoided.

So the figure illustrates in the end the need for what we call a strong climate law that puts up the frame needed with a budget for the overall emissions from society.

Read more about the background