The campaigns for Climate Laws across the EU 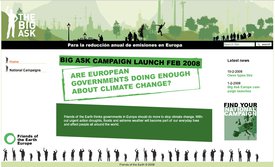 I 2009 the groups in Big Ask Europe decided to commission a study by the internationally renowned Stockholm Environment Institute that should explore whether 40% emissions reductions by 2020 and 90% reductions by 2050 are feasible tecnologically and economially for the EU-27 and whether they can be met without resorting to mitigation options like nuclear, CCS and agrofuels (biofuels) that were much discussed in the run-up to COP 15.

Stockholm Environment Institute prepared the report Europe’s Share of the Climate Challenge - Domestic Actions and International Obligations to Protect the Planet for Friends of the Earth Europe, who afterwards published the brief guide to the report: The 40% Study. 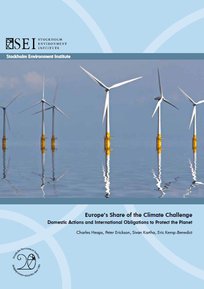 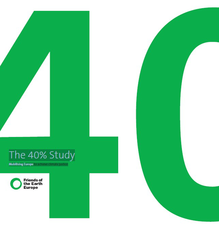 The Scottish Climate Change Act is in many ways simil British but in has stronger targets e.g. a 42% reduction target for 2020. It operates with annual budgets compared to the 5-years budgets of the UK Act.

Climate Law Database is a database for central

It also contains a collection of central EU documents and international climate reports. 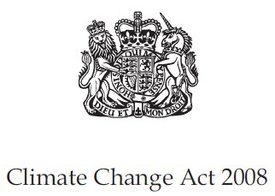 The Climate Change Bill passed into law in November 2008 after a sustained campaign, The Big Ask, headed by Friends of the Earth. More than 200.000 citizens asked their local MP's to support the demand for a national climate law.

The Big Ask of England, Wales and Northern Ireland became the template for The Big Ask Europe campaigns that were launched in February 2008 - including Klima SOS in Denmark and 16 other countries.